And the winner is…

Poland – Warsaw University & Science Club Fenix), we have the winners of the 8th International Physicists’ Tournament! 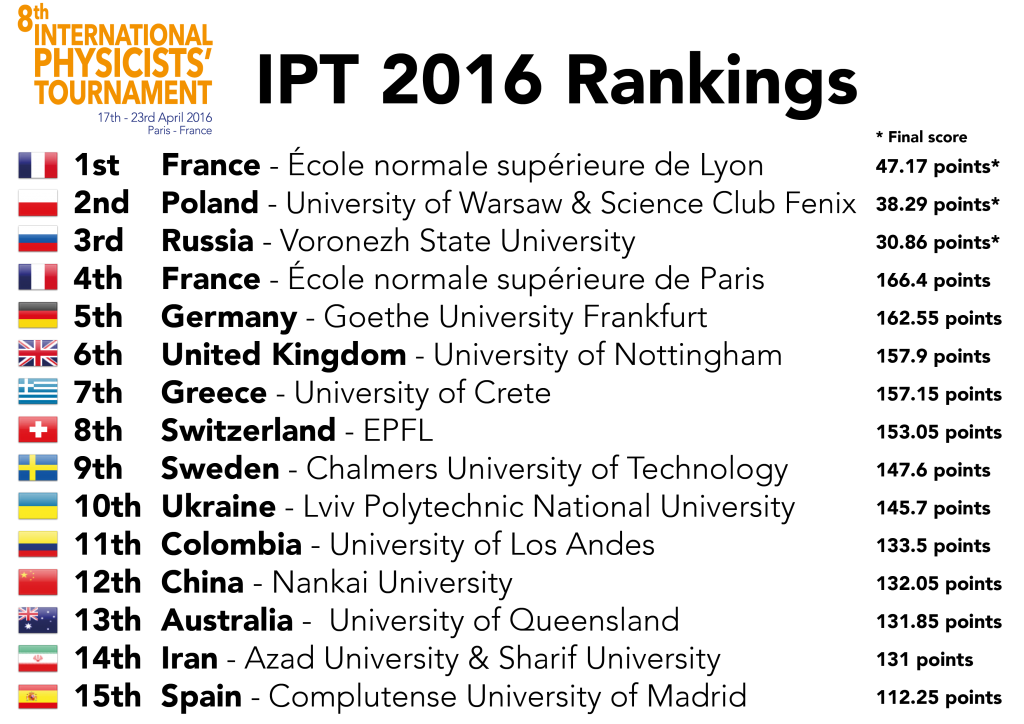 After an epic Captains’ Fight (“You have paper, adhesive tape and five minutes. Construct the highest tower possible.”), the three rounds of the Finale were distributed. 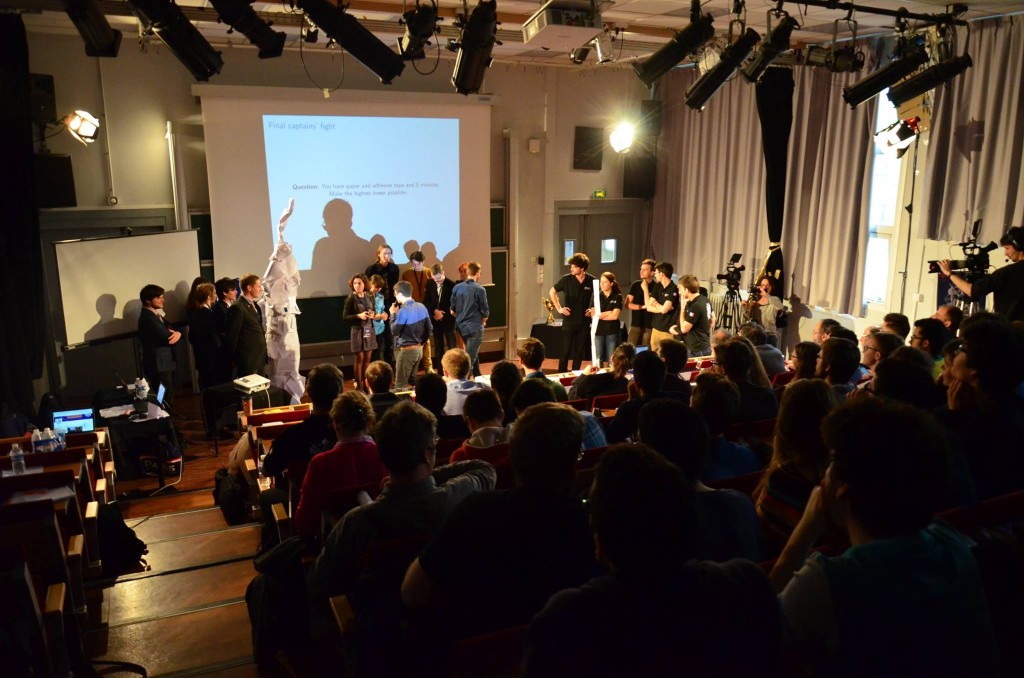 Distribution of the rounds

The prizes are the following:

The team members of all the 15 teams win the book “Sustainable Energy – without the hot air“, by David MacKay. 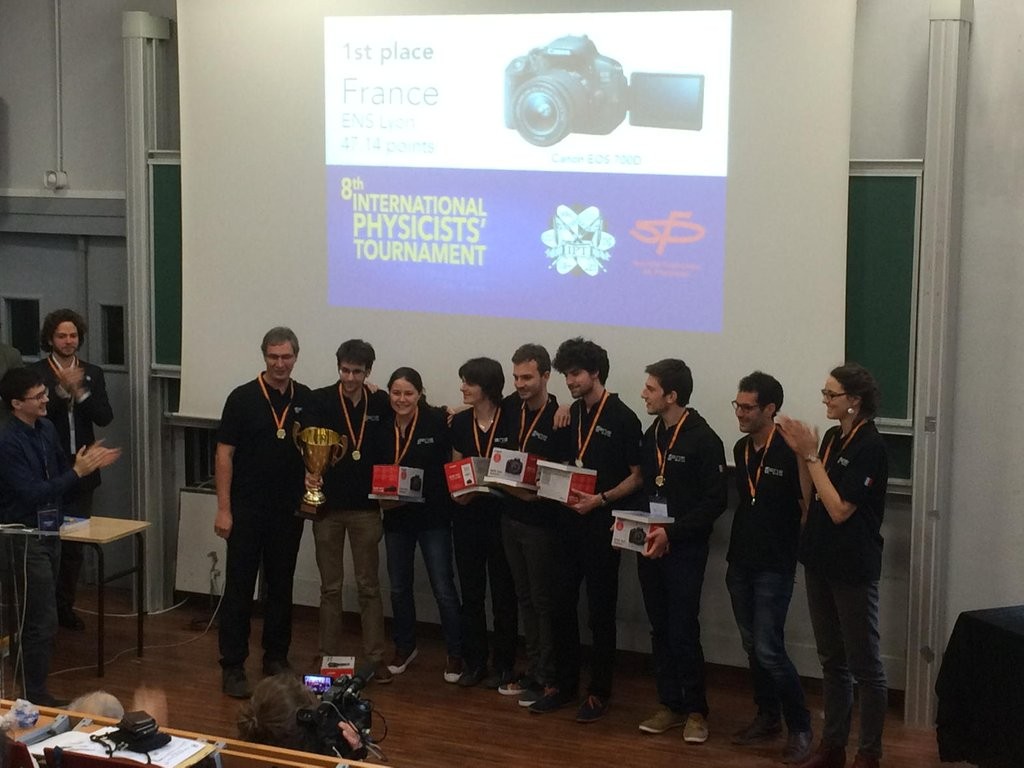 Congratulations to all the participants! We hope that you all had a wonderful week, doing physics, but also making new friends, discovering Paris, and… having fun! We would like to thank all the participants for the fantastic ambiance during the tournament and all the good moments we had with you. Seeing all your smiling faces when resolving the problems of the IPT is very encouraging for the future of Physics.

We would also like to thank all our partners, because the 8th IPT couldn’t have been possible without them. This is thanks to their support that all the participants could enjoy such optimal conditions and nice prizes!

See you next year!

Next year’s edition is already on track and may move North… More info soon on the IPT website!

And the winner is… 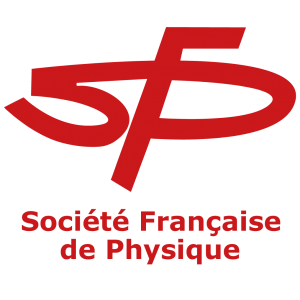